Tracks In The Snow 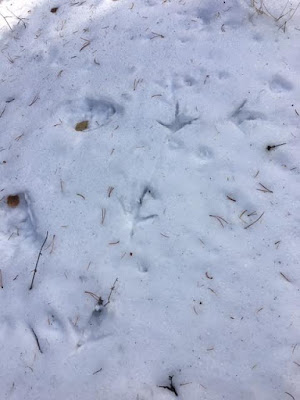 I like to go out after a snow and look for the tracks that we had no idea were there under normal circumstances. I found where a flock of turkeys passed within 50 yards of the house and a set of bobcat tracks that looked like the bobcat was tracking the turkey. There were rabbit tracks, squirrel tracks and deer tracks. 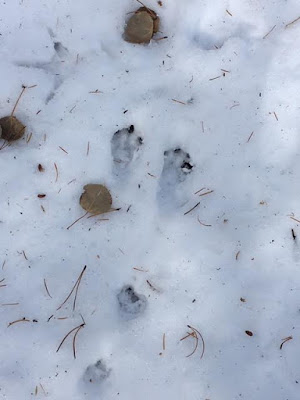 There are numerous down trees that have blown over or are leaning against other trees from the wildfire last year. Just to many to count. Then there are trees cut up by LaPuente that they never came back for. Carol hauled most of the limbs down to the ditch but with so many large cut up trees on the ground it is going to prohibit us from snow shoeing this winter. We usually snow shoe on our property but this winter with those many trees cut up and laying all over the place it would be to great a danger for us so we will just have to snowshoe down the road. 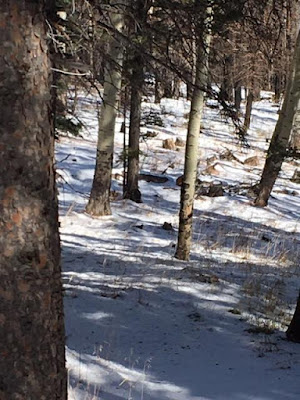 More snow predicted over the next four days so it won't take long for these logs to be covered up and wind drift snow to obscure them. 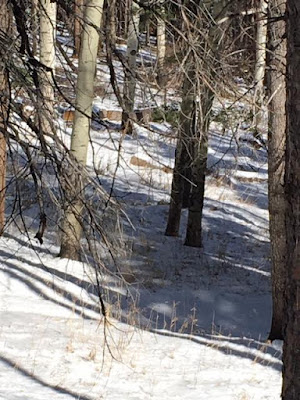 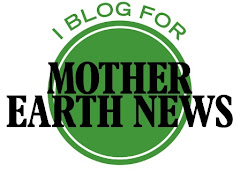